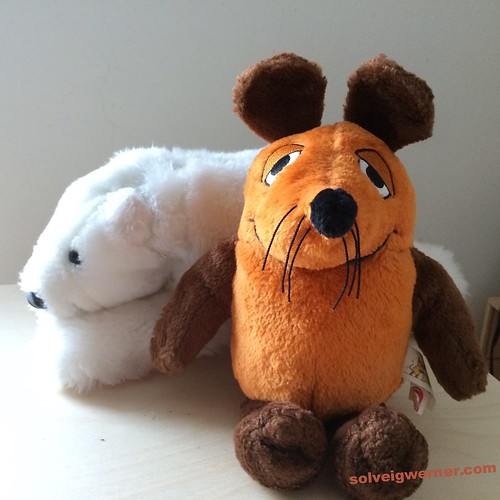 Something yesterday in a situation where no one feels like smiling made me smile.

I woke up as there was a smell of burning fuel in the air, I was not too sure if my imagination was playing tricks on me as burning fuel had been present in my dream. I was about to wake S to see what actions to take when our neighbour knocked on the door, I woke S who opened to two firemen. My intuition had me right. I immediately got dressed and took little one into my arms who half asleep grabbed her polar bear and her mouse. I was touched by this gesture. 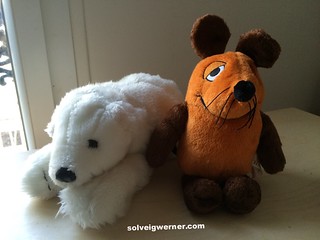 It turned out that we did not have to leave our apartment as the fire was next door in a car dealership and mechanic. The second time the firemen came back to check on our apartment we had already decided that maybe it would be best to leave because smoke fumes are not good for anyone especially for toddlers with a cold. We just took our time to get ready and dress appropriately. Thankfully my parents live about 300m away. We left without the bear and the mouse, knowing that they would be safe, and little one knew from our calm that everything would be alright. (I will probably post about it again in the next few days)

So what made me smile in the early hours of the morning, while confronted once again by probably my biggest trauma, was that my daughter stayed calm, did not cry but had the reflex to gather her most prised possessions. It made me think of the Sherlock Holmes story where he says that a single woman grabs her jewellery, a married one her baby.

Have you ever smiled in a situation when smiling was the least likely thing to do? How have you been surprised by children’s behaviour, been lead to smile?

This is my first participation in the #WeeklySmile hosted by Trent McDonald, I initially planned to write about something completely different. Ok the initial story was going to mention the car dealership next door…

26 thoughts on “An Unexpected Smile – #WeeklySmile”