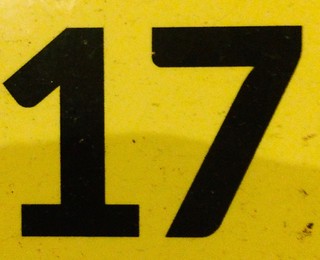 If you’re someone who insists on a white Christmas and needs a hot roast with your boiling hot Plum Pudding, perhaps you’d better visit someone else for Christmas lunch.

However, if you’re feeling game, you’re invited to celebrate a true-blue Aussie Christmas with us. We’ll be celebrating Christmas in Sydney and regardless of the forecast, it’s going to be an absolute scorcher. That means, that unless you find yourself a good tube of zinc cream, you’ll be out there pulling Santa’s sleigh alongside Rudolph the Red-Nosed Reindeer!

Don’t say I didn’t warn you!

Of course, joining us for Christmas means battling vicious drop bears to defend your Christmas lunch. Ensuring you don’t accidently step on a smorgasbord of venomous snakes slithering through the grass. Dodging Redback Spiders hiding in the BBQ. There are also starving, food-thieving dogs but they’re more of a universal hazard. By the way, speaking about water did I mention sharks and crocs? Blue Bottles? Box jellyfish? Being able to swim? Even though it’s stinking hot, you’ll want to think twice before hitting the beach.

Don’t say I didn’t warn you!

However, none of these natural nasties compares to the stinking heat. With scorching temperatures around 40°C (100° F), those rays of pure sunlight have zoomed through the ozone hole just to turn you into a lobster!

We spend Christmas Day in Sydney with the extended family sizzling in the pool, deafened by cicardas. As our guest, I’ll warn you that our family has a unique initiation rite. You see, my dad is one of 7 kids with 6 boys and one girl. It’s always been something like a brain twister for initiates trying to remember “the boys” and which order they went in and after us grandchildren arrived, it also became like a game of matching pairs trying to work out which kids went with who. My Dad was number three but he married young and I am the eldest grandchild and I’m not that much younger than my youngest uncle so this ritual was repeated for many years and now my cousins are keeping it going. It’s such a shame when they get married off and spoil my fun! Mind you, it’s even better when you meet someone who knew “the boys” when they were kids and they’re now looking at these older men and trying to remember who’s who when their memories aren’t quite what they used to be and my Dad has recently hit retirement himself.

Moving onto Christmas lunch, the traditional hot English roast and Plum Pudding used to be standard Australian Christmas fare. However, given our incredibly multi-cultural and diverse origins, these days anything goes. Indeed, it’s even okay to have a cold lunch. Strangely, it took around 200 stinking hot Christmas dinners for Australians to accept that a having a cold Christmas lunch wasn’t a crime.

However, change moves slow. Despite the Summer heat, the bulk of our Christmas cards still feature snow scenes and poor Santa still gets around in a thick, woolly suit when he’d be much better off in Speedos. However, given his physique, he might want to go to Gutbusters first. Indeed, the more I think about it, Santa had better go for some boardies (board shorts). I can just see some kid calling out: “Mummy, why is Santa wearing undies?” While Speedos might be “quite alright” for our esteemed former Prime Minister Tony Abbott to wear on the job, Santa is another story. Before controversial politician Pauline Hansen shrieks out: “Please Explain!!!”, Santa stays in his big red suit and we turn up the air-conditioning!

All this talk about Summer heat reminds me of the risk of deadly bushfires.

This same heat, which heartlessly turns all those Christmas chocolates into liquid pools and scorches any exposed flesh in seconds, acts like a match, igniting dry vegetation and starting incredibly destructive bushfires. Indeed, where we live, the smell of bushfire smoke is synonymous with Summer and bushfires don’t care whether it’s Christmas Day or not. Indeed, bushfires are such a part of our Christmas holidays here that in many regional towns, Santa travels on a fire truck and the siren could either mean Santa Claus is coming to town or it’s time to evacuate.

Indeed, Santa turns up at many local events on a fire engine. While he used to arrive on a gorgeous vintage fire truck, he sadly had to upgrade when it got sold.

While we’re well removed from the bushfire threat at our place, the local area experiences multiple bushfires every Summer and a few have been quite terrifying. It’s felt like the entire world is on fire. With multiple fire fronts, there’s been a blazing inferno. Fortunately, we’ve been spared the worst.

We won’t even talk about how the man in the red suit feels in all that heat, except to say that it’s no wonder he took up surfing!

Of course, no Australian Christmas would be Christmas without a few carols.

When our kids were in pre-school, we were introduced to a hilarious Australian version of Jingle Bells: Aussie Jingle Bells:


You can sing along from wherever you’re sitting right now. However, if want an authentic Australian Christmas, you’ll need to turn your heating up to scorch and burn first.

I understand that in America this season is referred to as “The Holidays”. Generally, we don’t use this term in Australia. Australians are not an outwardly religious people as a whole and as far as I’m concerned much of the Christmas celebrations in Australia could be considered “pagan” or purely commercial. Wishing someone a Happy Christmas is all about Santa, time off work, eating, drinking and life’s a beach.

However, that’s not what it means to us. While I might have written a fairly comical account of Christmas in Australia, for us Christmas is a deeply spiritual time and a time of profound thanks. We not only attend Church but we also participate in nativity services where the kids dress up as angels, shepherds, Wise Men. Miss has even been Mary. My mother used to play the organ or piano for Church and I have even played my violin at the school carols service.

Author Bio:
Rowena Newton is a writer and blogger from Sydney, Australia. She’s married with two children and two dogs. Rowena has been blogging at http://www.beyondtheflow.com for 3 years. Combining her passion for writing and photography, Beyond the Flow is distinctly Australian with a global perspective on a range of lifestyle issues including travel, parenting, baking, writing, living with chronic illness and adversity.  She contributes to 1000 Voices for Compassion, a monthly blog share hoping to make a difference to our world through the power of community and the pen. Rowena’s favourite quote comes from Harper Lee, To Kill A Mockingbird:

You never really understand a person until you consider things from his point of view… Until you climb inside of his skin and walk around in it.