Last week, I read the post The Thing All Women Do That You Don’t Know About by Gretchen Kelly and an avalanche of memories came back. Not just this post triggered them, there is also the fact that recently I have been thinking a lot about teaching, good and bad methods, about teachers good and bad. So I had already thought about the bad and the amazing teachers I had in the past. But I had not though about the elements that made some  bad teachers horrible, until I read the post I just mentioned.

I remember a gym teacher I had in high school, he apparently had a wife and four kids, but that did not stop him from being strange around us girls. It was starting to get warmer, and the other girls and I had a conversation that we would probably wear shorts to next week’s class. This teacher decided that eavesdropping and giving his commentary was a good idea. So what did he decide to say? He told us that if we want to wear shorts we’d better shave our legs! If we want to come to class with hairy legs, then that would be our right, no male gym teacher should advise the girls on that point, and generally teenage girls are very very careful to not have a micro millimetre of hair showing on their bare legs… Well I think none of us wore shorts the following week. 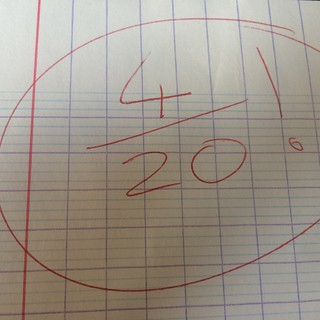 That same teacher was not just creepy then. I recall that we were doing some gymnastic exercises and he wanted to show us how to do a backwards roll, I was his example. I ended up with my neck hurting. In the following week, on the day that I was meant to have gym class I woke up with my eyes all swollen and the impossibility to open them. I was downright scared to go to class, my body decided that I should be sick in order to not go to school that day.

The math teacher, I had in my last year of school, was not all that girl friendly either. Or maybe he was too girl friendly? For one he would yell at us a LOT, he was an alcoholic and thus quite drunk at times, if we were unlucky he’d be drunk at 8 in the morning… But that was not even the worst element of his behaviour. Right at the beginning of the school year, he had me go up to the blackboard to write down the class notes. Not feeling all that comfortable around this choleric teacher I was already intimidated. I don’t know why, but for some reason he decided that it was a good idea to start patting me on the back and stroking my arm.

I ended up scared of this teacher for the whole year, scared to a point that I failed every test. I was lucky that he was not in the room for my final exam, which I passed with flying colours!

The question is just how do we deal with such a situation? No one seems to tell the school, as the teachers stay around. Parents don’t know how to handle it. The authority of a teacher is always something that we are careful with, telling off a teacher, what will the effects be?

Now dear teachers, don’t touch your students, don’t tell them to shave their legs! Don’t make the girls in your classroom feel the urge that they shall wear turtle necks!

And dear girls and boys witnessing this, try to find a teacher you trust and tell them about it. Tell your parents.

Dear parents, if your kids are in such a situation, maybe it’s time to let the school know? After all if your kid is bullied by another you make sure the principal knows.

Have you been through such a situation? Have you witnessed something like that? Ask your children if you sense something is up!

21 thoughts on “Horrible Teachers No Girl Wants To Have”