Fruit of the garden

A bit more than two weeks ago, I came home from my vacation in the south of France. I wanted to write about the trip, share pictures, but for some reason, something always kept me from doing so. I always have the feeling that I am not so good at travel writing, but hey, I haven’t even tried.

This would be little one’s first holiday, this would be S.’s first holiday since he started working, and this would be our first time traveling together as a family. We didn’t go on a fancy trip, no we decided to make this one special and visit family. After a train ride of almost 5 hours, we finally arrived. First stop was S.’s older brother, his girlfriend and their daughter, thus little one’s cousin, who is only 9 months older. We stayed with them for 3 nights, or about 2 whole days. Little one was so happy to have someone to play with that wouldn’t wander off right away.

Then we traveled on, still by train a bit further south, into the Tarn. There we spend every day with my mother in law, and some days with my father in law. Of course little one’s French grandmother was so happy to have her granddaughter around for a whole week. We spend many days in the garden (I shared some pictures of cherries we picked in my Coffee Share post on Saturday).

The weather was amazing, the blazing sun was definitely of summer. We all got a bit tanned (and I am very very fair skinned). S. did quite a bit of archery, and little one enjoyed playing with water wearing nothing but her diaper a hat and sunglasses.

Besides picking cherries in the garden, I weeded the vegetable and fruit patch. I mostly paid attention to clear up the most amazing strawberries anyone could ever taste. WHITE STRAWBERRIES! They look well differently, but that’s due to their colour. They smell of a sent that I cannot describe. And have a magic taste that is marked by a slight hint of vanilla. Most of the white strawberries we picked, went straight into little one’s mouth.

In the garden there were different types of cherries. One that we all adored was morello cherries, I even cooked some preserves. Which was great fun.

And then of course there were the walks around the village, especially one that we did before the night fell. 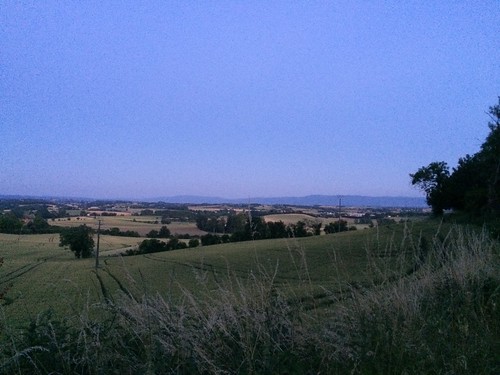 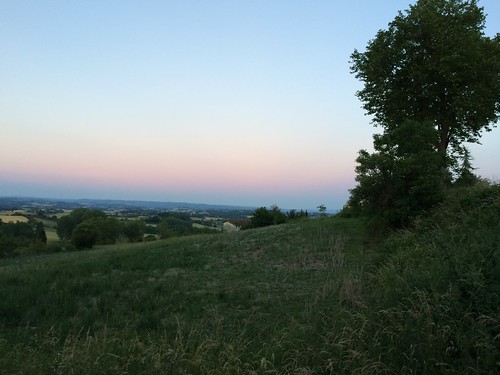 For now I have to dash, but I would like to share a bit more (especially pictures) in the days to come, keep your eyes open for part 2.