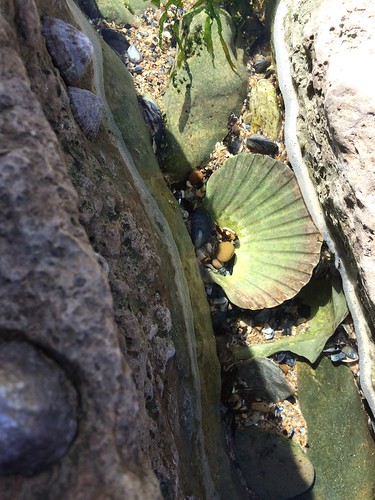 Even though our trip to Normandy this September was very short in days, we arrived a Monday and left a Wednesday after all, we definitely managed to make the most of our trip.

In the morning before heading home, we purchased a lot of fish and headed for a walk along the seaside. It was low tide again, but the changes from one day to the next were remarkable. By the sea every day is unique. Of course every day is unique everywhere, just by the sea we realise this a lot easier. 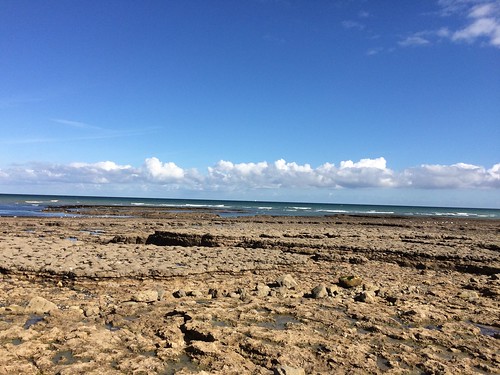 This time there were a lot of seagulls, they were feasting on carcasses of cod, the bits that aren’t sold by fishermen. Even though it was not a pretty sight, I was relieved to see that the fish’ ungracious bits were not rotting in some dumpster but there to feed the maritime animals.

We had a small picnic just above the sea as there is a high coast in Port-en-Bessin, which was followed by a blackberry harvesting craze. Little one stuffed herself with a bit too many blackberries, which became obvious later on. 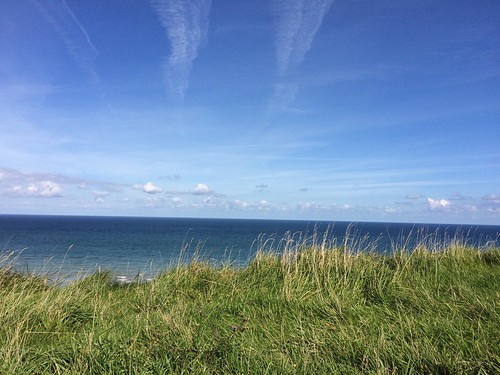 We drove back to Paris, but made the mistake of not taking the autoroute, instead of 2 and a half hours we took more than 6! Ok we discovered a place to buy apples in Normandy and saved money on the tolls. Little one got sick at almost every roundabout, and trust me there were many, this did prolong our ride home by a lot too. We finally arrived exhausted and in need for another vacation. My advice: there are some areas and circumstances were it is best to take an autoroute! 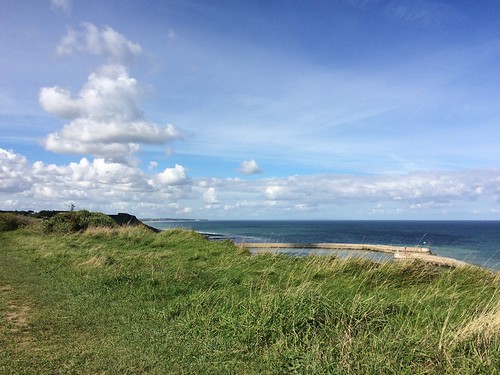 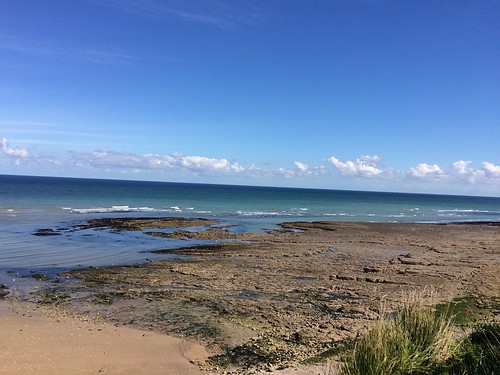 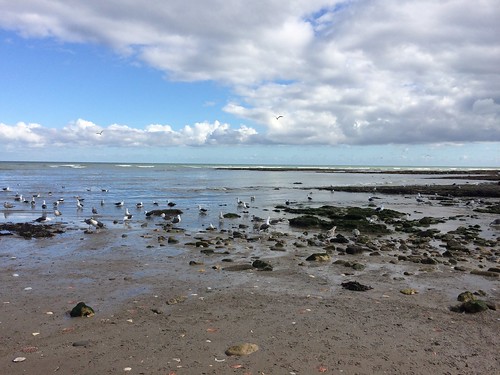