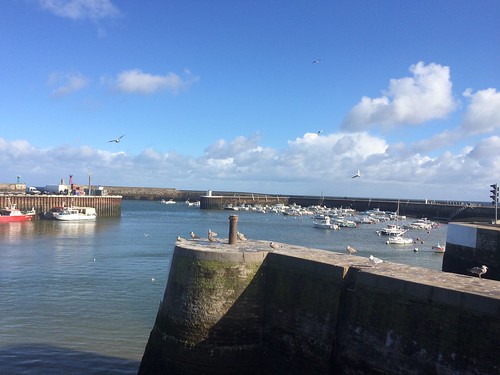 After having been to Porte-En-Bessin at high tide, we came back the next morning to go on almost the same walk but at low tide. The things we saw were amazing! There was so much beauty. 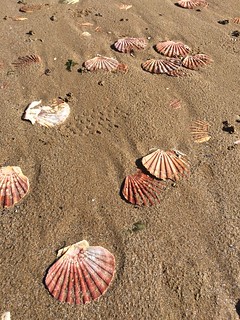 When it was not raining, which it did a lot, we had the sun warm our faces. The view was clear and we could see far, but still it was hard to imagine that on the other side of the channel lay the English shore. Even if the view was good, it was not good enough to see that far.

Water was running everywhere. It was warm water, as it had been warmed by the sun.  Rocks were bubbling as the low tide continued to grow lower. The ocean floor was accessible to us. While we left the living beings live, others could be observed squatting closer to the water. They were on the hunt for easily accessible sea snails. 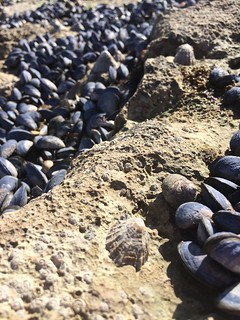 After having received a good dose of salty wind and showers, with beautiful rocks, sea shells and fossils bulging pockets. We made our way back to our airbnb apartment.

There we proceed to cook the fish we had purchased earlier. The fish was so fresh, I have rarely tasted such mouthwatering and fresh fish. It came from a tiny fishing boat (I don’t have a picture of it) and was sold by two very nice people, both wearing a genuine and permanent smile while gutting the fish and talking to their customers. 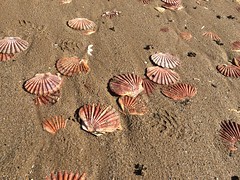 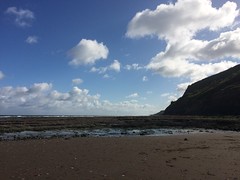 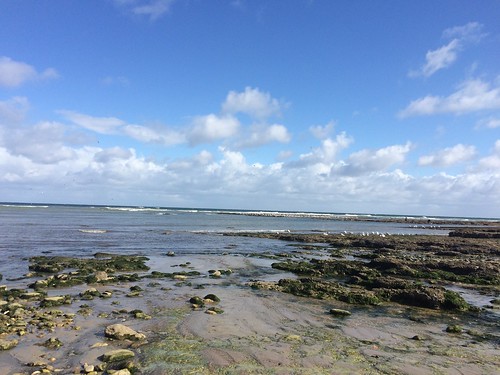 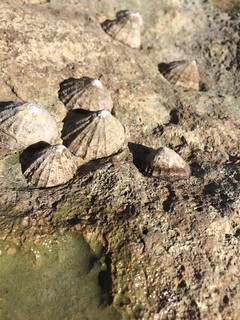 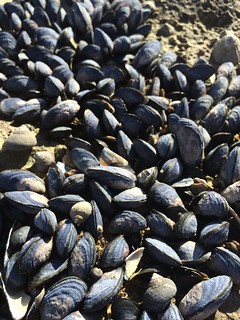 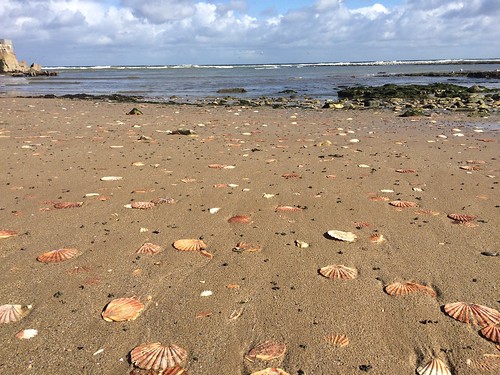 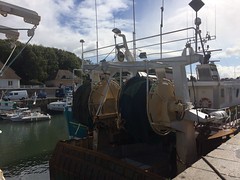 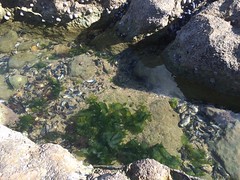 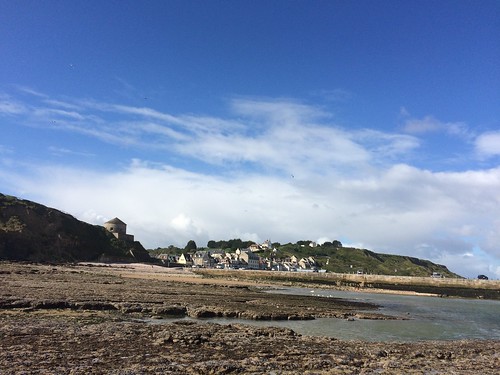 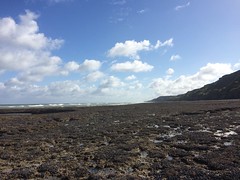 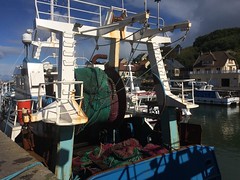 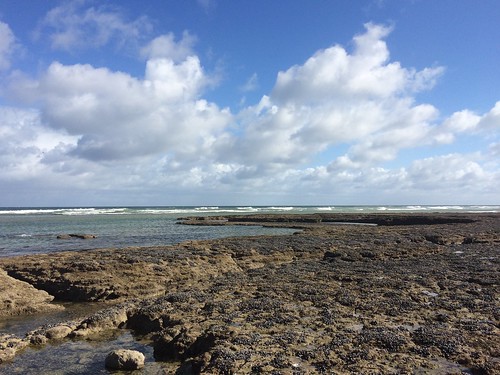