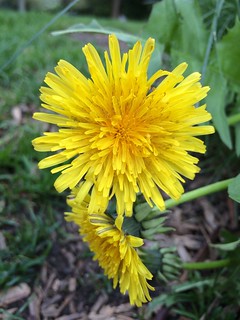 She dried her tears with her handkerchief.

There he lay, helpless, lifeless, cold, so fragile and so small in his wafer thin coffin.
He, who had been her best friend, her true love, her soulmate, her little brother, her twin.

Mother had always been worried about his health. The doctor had told them more than once, that they would be lucky if he reached the age of 7. But, he also underlined that it was unlikely that he would.

She thought of him. He had always enjoyed life, every single breath of it. They used to run through fields of dandelions, usually he was lagging behind panting. She never cared about his weaknesses, they had no impact on her unconditional love for him. And now, now his life had all the sudden come to a halt.

Instead of celebrating their birthday together, she was there to mourn his death. All of the birthday guests where now here for the funeral. But no one was sad, except for her.

He who had always been warned about dying too early, was never truly afraid of death. Maybe that was why death had always avoided him, until now.

She kissed his cold forehead and whispered: “Happy one hundredth birthday!”

Story and photo (hosted on flickr) by Solveig Werner

10 thoughts on “An unlikely death”