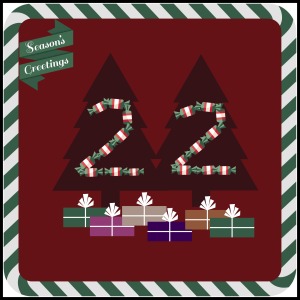 Moments in Time by Melissa Barker-Simpson

The lights twinkled prettily on the tree, catching Wendy’s attention. She loved to hang the decorations, but more she loved to spend time with her daddy, and this was their time. A time when he told her stories that were full of Christmas magic.

He had shared the story many times, and his little girl never tired of hearing it. Still, when Dominic’s eyes hit the ornament, he remembered the day he received it so clearly, it became a looking glass to the past.

Dominic watched from beneath his shelter, as Indigo climbed from the old, silver Volvo. She had parked so close to the curb he’d heard the squeak of rubber against cement. He didn’t know her, had never spoken to her. She was Indigo because of her eyes; a blue so dark and piercing the first time he’d seen her, he forgot about his cold, damp clothes and wondered about the sadness he saw.

It had rained steadily for the last three hours, but Indigo was oblivious to the storm brewing around her. Dominic couldn’t escape it; the makeshift roof of his boxed condo had sprung several leaks and there was a nagging ache in his bones.

As she always did, Indigo looked at him. Not directly, or not at first. She started with his jacket, a throwback from his military days. Dominic had not been able to part with it, and for some reason it connected them. When Indigo’s eyes finally looked to his face, she would smile, a small, sad smile that did not reach her eyes. Today there was barely a tilt at the corners of her pretty mouth. Still, she did step forward and drop change into his upturned cap.

Dominic wanted to reach out, to somehow absorb her pain until it was his. But it was more than that, it was an intense kind of knowing, a feeling that he would never see her again. The first time she had stopped beside him, he had saluted her offering. At her reaction, the taut tension in her small frame, he knew it was the wrong thing to do, and he never repeated the careless act.

Now, as was custom, he lifted his chin and smiled his thanks. When she nodded back and stepped away, Dominic had to fight the strange sense she was saying goodbye. He distracted himself by watching the pedestrians’ stream past them; their expressions set between panic and determination. Dominic called it the festive haze, as people joined the final sprint toward Christmas.

The sound of pounding feet, and the thrum of frenetic energy, pressed in on him until Dominic felt trapped. He scooted forward when he realised Indigo was on the move, and watched her progress. She didn’t enter the coffee shop, which was a surprise. By now he knew her routine. Indigo would sit at the table by the window, sip her beverage of choice, and watch the world go by. But she didn’t do that today, nor did she enter one of the dozen shops along the row.

A strange chill came over Dominic. It was punctuated by the blare of a horn from a passing train. It was distant, but it still shook him right down to his well-worn boots. Indigo was headed toward the tracks, which ran along the back of the thoroughfare. He didn’t question how he knew that, or the voice in his head that told him to get up – to do something.

Dominic had not run since his last field exercise, so his joints protested, his muscles unaccustomed to the strain of movement, but he ran. He ran like his very life depended on it.

In his mind he saw Indigo on the train track, small body locked down tight as a train bared down on her. He kept the image in his head, and used it to push through the pain and exhaustion. It clouded his brain, allowed him to run faster. Dominic would have done anything to prevent what his gut told him was about to happen.

When he caught up to her, Indigo was standing beside the track. Her attention was on the train shuttling toward town, her body tensed in preparation to jump.

Dominic didn’t even hesitate. He grabbed her upper arms and pulled her back into his body, just as a blast of air stole his breath. The train was so close he felt the heat of friction.

Indigo turned in his arms, her eyes dark and resigned. “I wasn’t going to jump. I thought about it, but…”

Hearing her voice for the first time, the sweet musicality of it, Dominic felt something settle in him. He understood then, what his gut was trying to tell him. He was supposed to reach out, not to take her pain, because he couldn’t do that, but to share it.

Without saying a word, he took her hand, and began to lead Indigo back to town. By the time he reached his shelter, the rain had turned to snow. There was a blanket of white covering his possessions, but Dominic only cared about the cap. He bent to scoop it up, tipped the coins into his hand, and turned to walk to the coffee shop.

Indigo was quiet, but she followed him to the counter when he let go of her hand. Dominic nodded to Wendy, and gave her a smile. She owned the place and her generosity of spirit was not reserved for the holiday season. Even if Dominic didn’t spend his days hoping for a glimpse of Indigo, he would have remained in his spot, because Wendy saw to it he was never hungry.

Behind her, on the wall, was a cheerful sign. It declared the specials of the day and today promised a warm, burst of goodness he thought Indigo would appreciate. “Two of your festive specials,” he told Wendy, and led Indigo to a seat by the window.

Wendy got right to work. When their drinks were made and delivered, she handed Dominic a small, ceramic coffee mug with her insignia printed in classy text across the front. “A gift we had made up for all our special customers,” she said, turning with a smile to return to the counter.

Dominic stared at the ornament for a few seconds, then he placed it in the centre of the table and looked up at Indigo. “Dominic,” he said, holding out his hand.

“Holly.” She accepted his hand, and smiled a genuine smile. With the soft fall of snow silhouetted at her back, and her indigo eyes shining, Dominic had never seen anything more beautiful.

Those indigo eyes were looking into his now, or a version of them. They belonged to his little girl, and they held a warmth he felt deep in his bones. “I got that the day I met your mama,” he said, and told her the story she longed to hear. She especially liked that he called her mama Indigo, even now. And Holly, it turned out, back then, his wife had thought of him as Whisky.

I truly believe the ability to write is part of my genetic make-up. Without it I have no identity. Creating different worlds and populating them makes me happy; it provides enough light to blind the darkness in my soul.

Sounds pretentious maybe, dramatic definitely, and yet it’s the truth. I’m an artist. I can be temperamental, moody and sometimes downright anti-social, but I love deeply and I try to be as good as I can be.

As a reader, and a writer, I enjoy a wide variety of genres. At the heart of my novels, there is always an element of romance. I just can’t help myself. I write about connection, friendship and love in all its forms. If that’s in a magical setting, an alternate universe, or a world where anything can happen, and often does – my characters don’t seem to mind.

I love language in all its forms, and am fortunate to work in my second language (British Sign Language) on a regular basis. Being an interpreter allows me to immerse myself in a variety of settings and, even better, I meet a diverse number of people – most of whom find their way between the pages of a book!

You could say I’m somewhat of a geek, and you already know I’m a drama queen. I’m also a mother to two beautiful teenagers, who keep me grounded. We laugh a lot, me and my girls, and, as I enjoy to share the love, I try to channel my humour into my stories. Life is about connection and it brings me great joy (again as both a reader and a writer) to create and experience those connections.