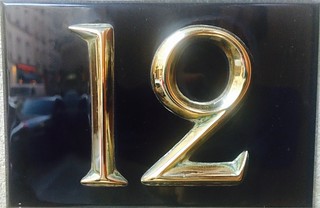 The Legendary Magic of the Poinsettia by Corina Carrasco

When I was growing up, I was the one who helped my mother do the everyday correspondence, even though I was the fifth of seven kids.  I remember being in second grade and being the one that filled out and addressed the Christmas cards for my mom every year.  I had to print because I didn’t know cursive yet.

One year I was filling out the cards and the card my mom had picked out was a really pretty one.  It had a bright red poinsettia on the front of it and on the inside it had the normal holiday greeting but on the backside of the front picture was a paragraph about the poinsettia being introduced to the United States in 1828 by Joel Roberts Poinsett, the first U.S. Ambassador to Mexico.  It also mentioned a Mexican legend about this flower, which in Mexico is known as la flor de la noche buena, or the Christmas Eve flower.  It didn’t tell the legend, it just mentioned that there was one.

That caught my interest and I started to wonder and ask and read about this beautiful flower.  After several years, I learned the legend.  I’ve shared it with my readers previously but I’d like to share it again.  I’ve put it into my own words.  I’ve changed the name of the little girl to Maria (she is called by different names in different versions of the story).  I just recently learned that December 12 is “the day of the poinsettia” in the United States, which is interesting to me because December 12 is also the day of Our Lady of Guadalupe, the patron saint of Mexico.

The Legend of the Poinsettia

In a small village in Mexico, many years ago, lived a family with three children.  The daughter was María and the oldest of the three.  Her two younger brothers were Pablo and José.  Her father worked wherever he could find a job, often traveling to villages far away for a few days of work.  María’s mother was a wonderful weaver.  People from villages nearby brought their weaving to her.  María helped to take care of her little brothers while her mother worked on the weaving.

One day, the priest from the village church came to see María’s mother to ask a favor of her.  Each year the villagers participated in a procession to the church where they re-enacted the birth of the Christ child.  The priest brought the blanket to cover baby Jesus to María’s mother to repair as it was frayed and damaged.  Instead, María’s mother said she would make a new one because the old one was too far gone.  She assured the priest it would be ready in time for the Christmas Eve procession.

The next day, María’s father left to a village to do some work.  He would be back in a week.  His children stood at the entry to their small house, smiling and waving at their father as he left then they went to school, María leading the way as she held on to her brothers’ small hands.  When the three children returned home, their mother was very ill.  María left to call the doctor who was in another village.  When the doctor came, he took care of María’s mother but told María that her mother had to remain in bed until she was well.  It would be some time.  María promised to take care of her mother and make sure she took her medicine.

For the next few days, María took care of her mother and her brothers and tried to finish weaving the blanket her mother had begun to make for the baby Jesus.  It was such an honor to be asked to contribute this small gift to the village’s tradition and to the Christ child.  Her mother had begun to teach her to weave but María couldn’t do it.  Instead, the thread became tangled in the loom and it was no use.  There would be no new blanket for the Christ child that year.  María cried in shame.  Her family would be dishonored and shamed.

Not wanting to go into the church empty handed, María looked around her but found only some green leaves growing near the bushes.  She grabbed an arm full of them and joined the procession into the church.  As her turn came to proceed up the aisle to the manger, María walked with the bouquet of green leaves in her arms, tears running down her cheeks because she was so ashamed of having no gift.  As she placed the leaves at the manger as her family’s gift, she closed her eyes in shame.  She heard the collective gasp of everyone in the church and feared that they were laughing at her for bringing weeds to the Baby Jesus.  She opened her eyes and instead of the wild green leaves, she saw the most beautiful red flowers.  As her tears dropped onto the green leaves, each leaf turned a deep red.  They were the most beautiful flowers María had ever seen and they were her miracle gift to the Baby Jesus.

Corina Carrasco blogs at Wasted Days and Wasted Nights. She has been a stay home mom and then a school teacher. She lives in Portland, Oregon where she now enjoys her two grandsons and writing about her life, thoughts, and feelings. She is originally from San Jose, California and went to college in Palo Alto, California.

15 thoughts on “Advent Calendar Day 12: The Legendary Magic of the Poinsettia by Corina Carrasco”