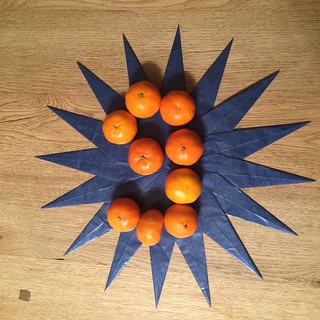 This time of year I often pause to remember the many Christmases in Rome my husband and I enjoyed. Our favorite sight was the delightful Christmas market filling the spacious Piazza Navona with toys, candy and figures of a wizened old granny, la befana, who flies through the air astride a broomstick to bring treats to children if they are good, and coal if they’re not. She arrives on the night of January 5th to ensure that the gifts are ready on Epiphany morning in remembrance of the Gifts of the Magi. But the “coal” on display was really black candy, so bambini are never very worried. When we strolled in the piazza, the sounds of happy children echoed off the magnificent buildings surrounding the area and mixed with the one-sided conversations from their parents’ cell phones and the sound of falling water from the three sparkling fountains.

Different sounds came from smaller piazzas where shepherds from the Abruzzi Mountains just east of Rome came to play their bagpipes, zampogna. The Zampogneri are traditionally dressed in knickers, cross-wrapped leggings and wool capes. We suspected that the outfits were only brought out during the holidays, and that, rather than returning to lonely flocks in the hills, the musicians tooled off in their Fiats to cozy homes and televisions to recuperate from their day collecting coins that we willingly donated after listening to their haunting music.

The life-sized Nativity scene by the obelisk in front of St. Peters was always beautiful as it rested within the welcoming arms of Bernini’s magnificent statue-topped colonnade. But the exhibition of presepi in Santa Maria del Popolo, famed for its two Caravaggio paintings, was more intimate with little figurines dressed in native costumes from the world over. Nativity displays have been a tradition in Italy since at least the time of St. Francis in the 1200s. The most elaborate figures come from Via San Gregorio Armeno, a narrow street in the old section of Naples, Spaccanapoli, where artisans devote themselves to creating an amazing variety of theatrical characters – peasants in 18th Century dress with their carts and wheelbarrows, animals, cheeses, sausages, and baskets of fishes. They all surround the Holy Family who are sheltered under an elaborate lean-to guarded by hovering angels wearing swirling Baroque robes.

The statuettes offering food in the Nativity scenes are emblematic of Christmas in Italy with its food traditions. Along the streets in the historic city center came a mouthwatering aroma from chestnuts roasting on charcoal braziers. Sold in paper cones, we found their taste irresistible on cold December days. The Christmas Song beginning with the immortal line, “Chestnuts roasting on an open fire” always came to mind as we munched while window shopping along streets filled with luxuries from Gucci, Valentino and Bulgari.

Piles of boxed panettone, the fruit-studded Christmas bread, filled supermarket aisles and were stacked in shop windows. We were like everyone else, holding the ribbon handle of the box as we toted it on the subway or bus – gift to the hostess or nonna, or just for ourselves. Other seasonal foods were also abundant: pandoro, a sweet bread enjoyed by both ancient and modern Romans; tooth-breaking torrone, the flat sticks of nougat and nuts; panforte, a dense, dark and chewy fruitcake from Siena; and zampone, sausage-stuffed pig’s trotters often served with lentils.

We set up a small scraggly tree, the only kind available. It was decorated with crystal drops taken from old chandeliers we found piled in heaps in the Sunday flea market at Porta Portese. As I hung the drops on the tree, I wondered who had danced under the glittering lights in the 18th and 19th Centuries, and what change of circumstances had caused their owners to sell them for a pittance.

Our table tops held figurines for our own presepe: the knife grinder, the fish monger, shepherds, the Wise Men, a camel and donkey, and of course the Holy Family. Some of the figures came from the Christmas market (unpainted terra cotta) and some from Standa, the local equivalent of a tiny Wal-Mart (cheap plastic, but hand painted in Italy), and a few from our trips to Naples.

Italians typically eat a large meal, usually fish or seafood, on Christmas Eve before attending midnight service. We reserved our holiday meal for Christmas Day. Butterball turkey showed up in our commissary, along with canned cranberry sauce. The sauce wasn’t available in Italian grocery stores, and turkey was not a common commodity. More important than cranberry sauce was champagne or festive Italian prosecco – no store ever lacked a supply. We stocked up.

If we didn’t have family or other visitors, we contributed to a potluck with friends. And after the meal it was time for a walk. Our favorite route was along the Appian Way where towering umbrella pines and cypresses, dark against the deep blue sky, line the ancient road. The paving stones are grooved from chariots from the time of the Roman Empire. Romantic ruins are scattered along the route, like those of the mausoleum of Cecilia Metella. The remains always put me in awe of the power and skills of those who populated the Empire two thousand years before my footsteps.

When our stay came to its inevitable end, we wanted to add some of the Italian traditions to those of the Pacific Northwest. We couldn’t bring home the bagpipers or the chestnut roasters, or the ancient stones of the Appian Way. It wasn’t practical to bring home one of the hundred-piece sets of Neapolitan presepe. No problem. Panettone is available in most stores, and the shops that carry Italian foods have every other kind of holiday treat to tempt us.

The old crystal drops now grace our tall tree, reflecting the tiny lights strung on its ample branches, and a beautiful ceramic eight-piece Nativity set from an artisan in Tuscany adds an Italian note to our coffee table. These little mementos blend seamlessly with the plum pudding, the carols and the piles of cards to give meaning to the season here and bring to mind our long sojourn in a place where other traditions brought happiness in a different way.

Judith Works served as a legal advisor for the United Nations in Rome, Italy before retirement in the Pacific Northwest. Between regular trips abroad she volunteers for local literary and arts organizations. Her memoir of ten years of expat life, Coins in the Fountain, will be reissued in both paperback and electronic format in January. Her novel, City of Illusions, set in Rome, is currently available in both fomats. She is currently at work on a second novel.