The Winds of Change and Continuity 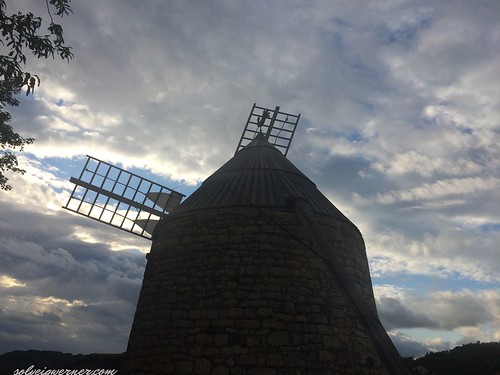 Jean-Jacques rolled up the sails of his windmill, made sure that everything was in order before he headed home after a very long day.

A strong wind had woken him during the night, a wind like he was lucky to have once or twice per year. Not too strong, as too strong winds could be problematic, even catastrophic, but strong enough to grind as much grain as he would normally be able to do in two weeks time.

What a day it had been! His three sos had helped out, not all at once, and not all day. He chuckled at the thought that they were just as lazy as he had been at their age. Just that he had been the only son of the Miller, surrounded by sisters, and thus without choice when it came to working all day on those windy days.

The winds of continuity had always made sure that the oldest, or the most motivated son of the miller would learn the trade. If there were no sons, a future son in law would take up the ropes. Over generations this had been the case, it had rarely been questioned. Jean-Jacques paused before pushing the door, with his sons he sensed that there was a slight wind of change that started to blow. Would his windmill’s sails still turn in the wind when he would no longer be capable of climbing up onto the rotors?

“Who of you three would like to become the next miller after me?” Jean-Jacques asked his sons while he passed the bread made with his flower and baked by  his brother-in-law, the village’s baker, to his oldest, Louis.
“Not me!” Louis responded, he already had his eyes on the shop owner’s daughter and thus on her father’s wealth guaranteeing business.
“I want to leave the countryside, travel, write, make money in Paris and London, go to America”, Pierre, his second son added with glowing eyes.

“And you?” he asked his frail son Antoine.
“Father, you who work with wind probably sense this strong wind of change that is pushing us, that is tearing us away from our initial destiny. We are drawn towards different horizons. I want to study to become a doctor.” Seeing the saddened look on his father’s face he quickly added:  “The village’s doctor has no heir, so once I am done I could come back and take over his practice.”

Jean-Jacques looked at his sons with sadness in his eyes. Why can’t the winds of continuity blow a bit longer? He thought to himself and lowering his gaze to look at his calloused hands he also wondered why there had been no wind of change when he was young.

Initially I had no in the slightest planned to write a short story. I only wanted to share some things related to my blog, my projects etc. But as things go, with a nice photo of a windmill The Winds of Change and Continuity turned into a prompt while I was sitting on a bench in the nearby playground.

So what did I want to write? Well, I have not been posting anything on my blog for a month now. After the A to Z Challenge in April I felt drained. I did try to participate in another writing challenge in May. But with shingles I was exhausted, my energy was needed to take care of little one and for work. Then little one got chickenpox, it was as if I was forbidden to write, at least to use my computer.

For a long time I felt like hiding beneath a rock, my mother’s death was mentally hard on me, and well physically too. The above mentioned A to Z Challenge had thrown me into a massive commenting backlog.

Mid June I left for the South of France, it was so revitalising. I did not do much, I relaxed a lot, cleared my mind. Broke up with the routine of the last few months. I took in fresh air, sunshine, the countryside, it was what I needed. When I came back I felt stronger, the loss of my mother was less of a mental weight.

I wanted to get back into blogging, but along came another mental slump, I proofread some texts for my dad, which were actually things my mother had said, and I had done an interview for a German women’s magazine about my mother. I felt those heavy clouds weighing me down again. I have to do my mourning at my speed.

There are wind of change in my life, in that of S and in that of little one. They blow all the time, but sometimes they are more present. Little one has potty trained herself in no time (and without us doing much at all), just during the night we take our precautions. I am facing the summer months, July and August will be less busy in terms of work, but that way I can concentrate on writing more. I have to polish my CV as I want to see if I cannot teach some German in Business, Marketing or Engineering schools, of which there are plenty here. In May I started to teach via skype, I like the venture into the new medium and do hope that over time I will have more and more students all over the world. Come September I will see most of my students again, as many want to continue their lessons after the break. I don’t know how much time will be there for blogging as I am making sure that little one get to go outside twice per day, that she is fed well that she has her daily nap and some quality time where I am 100% there for her.

Little one has one year to go before “school” starts. It’s called Ecole Maternelle, which means Nursery School or Kindergarten. Kids go there in the year they turn 3. So all those born in 2014 will start in September 2017, little one will be over three and a half by then. Up to now she has been at home with me (she is super nice when I teach at home) or with S when I went off to work away from home, but things are changing for S too. Before my mother died she spend a few hours per week with her and now sometimes with my dad. I will try to get her a place in a garderie for 2 afternoons per week, that way she’ll be around other kids. Other kids did not interest her much until about 2 months ago when she suddenly started to interact, play and talk with them.

My blog is changing too. I probably won’t participate in the A to Z Challenge next year, it is way to draining. I want to start some new projects. Interviews, profiles etc. I haven’t done book reviews in ages (I did not read much), but now there are two amazing books waiting to be reviewed. I changed the header of my blog, the font, and am considering opting for a static front page.

Things will also continue as before. I want Discovering Traditions to continue, so if you have a tradition to share let me know! In December there will be another advent calendar… I will make an official announcement soon. Like usually I will write about various things, the blog will stay eclectic and sometimes there will be things in German or French, but I have taken that out of the blog’s byline.

If you have come this far, thank you for reading. I haven’t been hanging out on other blogs much over the past month or so, which could translate in some binge visiting from me.

11 thoughts on “The Winds of Change and Continuity”